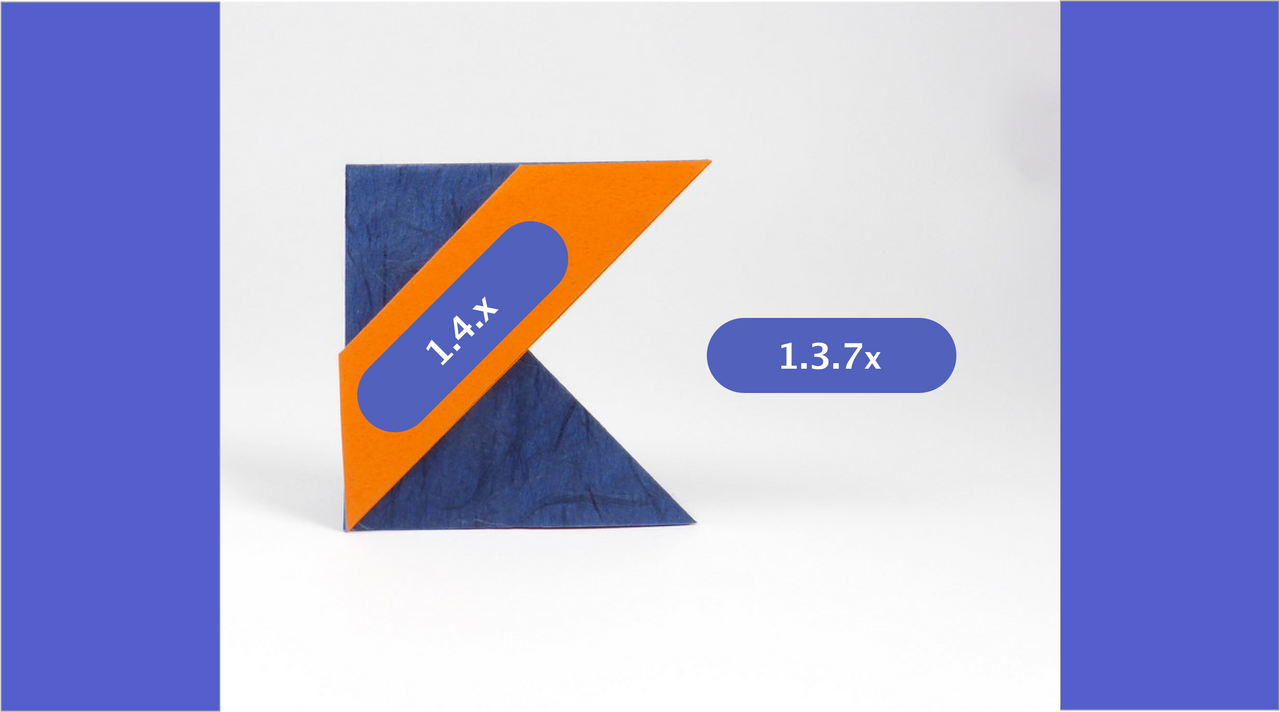 The recent releases of Kotlin have brought about a rich set of APIs particularly the upcoming 1.4 release. Let’s take a dive into some of the more prominent changes.

Starting 1.4, Kotlin allows us to use a more idiomatic lambda syntax for SAM classes written in Kotlin. So your typical interfaces can be prefixed with fun which allows for a neat little lambda instantiation as shown below.

Below is a comparison of the old and new instantiation.

So instead of using the oldInstantation which has a lot of boilerplate, we now have neat little lambda for our anonymous Parser instance as shown in newInstantiation.

Delegate to another property

Kotlin 1.4 allows us to delegate a property initialization to another property. This allows us to rename or refactor fields without breaking the API for existing consumers.

A simple example would be where a field is renamed

Notice how we’ve renamed this field without breaking the contract with the classes that have been using this field.

There is an interesting side effect of this API, let’s say we had a class Vehicle with only two types a car and a cycle. We initially decided to model this with a single boolean called isCar.

However we realise later that we need to build more variants of these vehicles and need to remodel the data type. We can couple the new feature of delegating to another property along with a small extension function to achieve it.

The extension function is merely a way to overload the getter for the delegate. One thing to note is while this syntax may seem more appealing you’d be better served using the get/set methods. This is because the extension method can get murkier when more properties start using it. So I recommend using the code below for complicated deprecations instead.

There are a few more additions, you can check the entire list here.

Both 1.4 and 1.3.7x releases have introduced some neat changes which we can make use of especially in the standard library. Do give them a go.